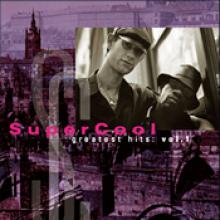 Supercool - Daniel Levanti (guitar/vocals) and Jeffrey Marshall (bass and vocals), have created a unique blend of rock, folk, and soul influences into a sound and style that is undeniably "Supercool". Dave Pomeroy produced the record and plays baritone lap steel. Checkout the new mini documentary in the Video Gallery.

Guitarist Daniel Levanti and bassist Jeffrey Marshall formed Supercool after meeting in Prague, Czech Republic, five years ago and played throughout Europe before relocating to Nashville, where Marshall’s family lives, in 2006.

Despite the potentially ironic band name, Supercool aren’t snarky or tongue-in-cheek, preferring straightforward folk- and blues-influenced rock and emotionally direct lyrics. Marshall and Levanti share lead vocal duties, and songs such as “Superstar” make good use of the significant contrast between their voices—Marshall has a rich baritone, while Levanti at times recalls Robert Plant. Marshall, by the way, was born with no arms or hands, and plays bass with his feet while singing, a pretty remarkable accomplishment that should make all of you excuse-makers (“My hands are too small to play guitar,” “I’m too short to play basketball”) cower in the corner.

Still, Supercool prefer not to make a big deal of Marshall’s impressive abilities—they make no reference to it on either their website or MySpace page, preferring to let the music be judged on its own laurels. And any band who names its debut CD Greatest Hits, Vol. 1 deserves props in our book. Supercool’s producer, bassist-to-the-stars David Pomeroy, will join them for this show on what he refers to as “baritone lap steel.” The Rutledge; Supercool also play Grimey’s at 6 p.m. June 15 and The 5 Spot at 8 p.m June 16. —JACK SILVERMAN