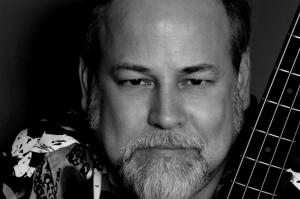 Dave Pomeroy has been on the cutting edge of Nashville's music scene for more than 40 years as a bassist, bandleader, and producer. He was born in Naples Italy, into a U.S. military family and lived in Colorado, England, Virginia and Pennsylvania before moving to Nashville from London, England in 1977. From 1980 to 1994, Pomeroy toured and recorded with country music legend Don Williams, and has also performed live with Steve Winwood, John Fogerty, Willie Nelson, Peter Frampton, Mose Allison, and many other major artists. He has played the Telluride Bluegrass Festival, Merle Fest, Carnegie Hall, Nashville's Ryman Auditorium, and London's Royal Albert Hall.

As a studio musician, Pomeroy has played bass on more than 500 albums, including six Grammy winning recordings, with a diverse range of artists including Keith Whitley, Emmylou Harris, The Chieftains, Alan Jackson, Earl Scruggs, Sting, Elton John, Alison Krauss, and Trisha Yearwood. His television appearances include work with Chet Atkins, Vince Gill, Eric Johnson, Sheryl Crow, and Earl Klugh. A multiple Nashville Music Awards winner, his instrumental band Tone Patrol was voted “Jazz Band of the Year” in 1991 and Pomeroy was voted “Studio Musician of the Year” in 1992 and “Bassist of the Year” in 1997.

Pomeroy has also released more than a dozen projects on his label, Earwave Records over the past two decades. These include his groundbreaking all-bass and vocal solo albums "Basses Loaded" and "Tomorrow Never Knows,” “The Taproom Tapes,” an album of live improvisations featuring 14 of Nashville’s finest players, CDs by harmonica virtuoso Paco Shipp, and bluegrass vocalist Lorianna Matera, and the jazz-grass instrumental trio “Three Ring Circle” with Rob Ickes and Andy Leftwich, whose most recent release, “Brothership,” was released in 2011. His latest all- bass and vocal solo album, "Angel in the Ashes" was released in 2017 and immediately garnered great reviews, including an in-depth article in Bass Player magazine, and Music Row magazine's Robert Oermann's description of the project as 'wildly inventive" and "a fascinating listening experience!"

In 2012, he produced “Restless,” the latest album by country duo The Sweethearts of the Rodeo, and in 2013 made a music documentary film about legendary rockabilly artist Sleepy LaBeef, which was selected for the Nashville Film Festival and is selling well around the world. Earwave’s latest release is the DVD "The Day The Bass Players Took Over The World", a digitally remastered re-release of the successful 1996 concert video originally released on VHS featuring Dave and the All-Bass Orchestra with special guests Victor Wooten and Friends. The DVD also includes five bonus cuts and a mini documentary “Building The Bass Orchestra.” These projects are all available online at the Earwave Music at www.earwavemusic.com.

Over the past 20 years, Pomeroy has raised over $480,000 for Nashville’s “Room In the Inn” homeless program with his annual “Nashville Unlimited Christmas” benefit concerts and CDs. He is a longtime columnist and Advisory Board member for Bass Player Magazine, and has contributed as a writer to numerous books about the music business. Pomeroy was profiled in Backbeat Books’ release“ Studio Bass Masters,” and Michael Visceglia’s “A View From the Side.”

A longtime activist for working musicians, Pomeroy was elected President of the Nashville Musicians Association, AFM Local 257 in 2008, and was unanimously re-elected in 2011, 2014, 2017, and 2020. Since them, he has been responsible for transforming Local 257 into a real world, responsive and proactive organization for all Nashville musicians. In 2010 he was elected to the International Executive Board of the American Federation of Musicians, and has since been re-elected three times, in 2013, 2016 and 2019. Local 257 is on the cutting edge of the AFM, having developed new agreements for home recording, payment for use of studio tracks onstage, and working with publishers, labels and independent artists to make recording with the best musicians in the world affordable and enjoyable experience.

With the release of "Angel in the Ashes," and his recent re-election to a fifth term as AFM 257 President, Dave Pomeroy continues to balance his passion for helping musicians take care of business with his first love - playing the bass!

Dave has performed live and/or in the studio with the following artists, bands, and musicians...